In Pursuit of Happiness... 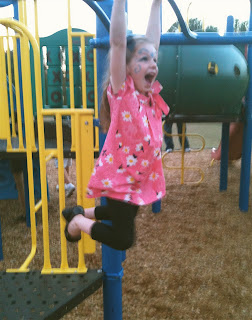 A friend of mine recently turned me on to a woman who dedicated a year of her life to finding out the secret of happiness.  This writer is a woman who has obviously never had a grande white chocolate mocha latte while sitting in a clean, quiet house watching "What Not To Wear" and rocking a pair of jeans made with just enough spandex as Robert Downey, Jr. gently rubs her shoulders and asks if he can finish packing her bag for their whirlwind tour of Paris.  (Sigh...me either, but that sure sounds like happiness.)  She must have found the answer for herself because the book she wrote on her "research" was a number one New York Times bestseller. (Sigh, again.)

My first thought after visiting her website was, "Who bankrolled this endeavor?"  I would LOVE to have the opportunity to spend a year of my life outside of the cubicle walls exploring "the wisdom of the ages, current scientific studies, and lessons from popular culture about how to be happier".

I needed to know more about this woman.  I was really hoping that she was the product of a broken home who worked her way through college as a waitress at IHOP, barely making ends meet but graduating with honors by her blood, sweat and tears.  I wanted her to be the person who runs a no-kill shelter for unwanted dogs or perhaps the counselor at a half-way house for pregnant teenagers. You know, someone who has lived through the bowels of despair and wants to know what really makes humans happy despite their lot in life. However, this line from her bio confirmed what I suspected, "Before turning to writing, I started out in law. At Yale Law School, I was editor-in-chief of the Yale Law Journal, and I was clerking for Justice Sandra Day O’Connor when I realized that I really wanted to be a writer." The woman needed an interesting hobby, so in the immortal words of Keith Partridge she decided to, "Come on, get happy!"

I have no beef with anyone wanting to find happiness, even if they do already have plenty of money and good hair.  Uncovering this elusive secret would be a daunting task for sure, and only the bravest J. Crew warriors should apply. I assume it would mean no dentist appointments, carpool lines, express lanes at Wal-Mart, or mammograms.  Certainly she avoided the DMV on the last day of the month and Target on Black Friday, because we all know that no happiness dwells in those places.  I am guessing that she declined all invitations from the PTO to bake enough cupcakes to feed a small army for the annual fall festival, and, while we're on that subject, she would definitely be staying as far away as possible from the PTO meetings in general.  I'm willing to bet that her feet steered clear of any and all gynecological stirrups for those twelve months, and she probably made every effort not to hear a single Justin Bieber song.  That year must have been nothing short of brutal.

I realize that I am the last person on Earth to be mocking someone for wanting to make her life happier.  I totally own the fact that I am very much like Eeyore walking around with a black cloud over my head.  But spending a year searching for happiness makes me tired.  Is it supposed to be that hard?  Is every waking moment meant to be filled with glee?  I'm guessing that the very unhappy times are there by design.  Maybe you should let the little things thrill you like getting a shopping cart at the grocery store that doesn't sound like the space shuttle launching with each step or  hitting every green light on your way home from work.  Maybe it's just me, but being happy and being popular are just alike in that if you have to ask yourself if you are, then you aren't.

**Coming soon - Another look at the Happiness Project and my take on their "Secrets of Adulthood". It turns out it's no big secret after all.**
Posted by If Only She Had Applied Herself at 8:08 PM