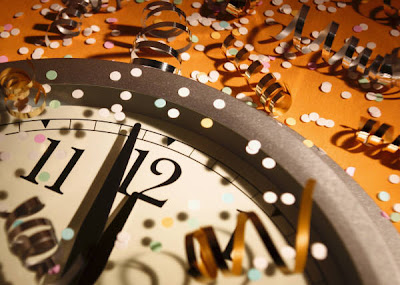 Last night I stood at the stove in my bare feet, mindlessly staring into a pot of spaghetti sauce, slowly stirring and watching as the little bubbles were rising up from underneath and breaking across the surface. It was a nice change from the leftover turkey and mashed potatoes we had been force-fed since Friday’s Christmas dinner. Food wasn’t on my mind, though. As I lost myself in that sea of red, I was ruminating over how different my life is this New Year’s Eve 2009 than it was New Year’s Eve 1999. That day seems like yesterday and a lifetime ago all at once.

In December of 1999, I was pregnant with my first child, my son. While everyone around me was hoarding canned goods and ammunition to prepare for the coming apocalypse of “Y2K”, I was thinking less about the catastrophic failure of our world-wide computer system, and more about which pattern to choose for his crib bedding. I didn’t care that the world as we knew it might come to a screeching halt at the stroke of midnight, with planes falling from the sky and ATM screens going dark forever. I just knew that I had plans to do some shopping at Babies-R-Us on New Year’s Day, so put on your big girl panties, people, and get on with your life. It was the first time in recent memory that I woke up on January 1st without a headache, and luckily for us all, civilization plodded on into the new millennium without much of a glitch.

I couldn’t know at the time how much the coming decade would change me, starting with being slapped in the face with the harsh reality of parenthood. I had to let go of my puffed up, self-absorbed persona and actually put another human being’s needs ahead of my own for the first time in my life. It’s funny how looking into the eyes of your newborn will make you forget that your nail polish is chipped, and that all you’ve had to eat in the last twenty-four hours is a slice of bread with peanut butter on it and seventeen cups of black coffee. Now that I have two children in the house and several years of parenting under my belt, I realize that there is no such thing as the “Perfect Mom”, but I do my best. If I can just get them through college while avoiding addictions, jail time, pregnancy, and stripper poles, it will mean more to me than winning the Nobel Peace Prize. (And I hope the kids come through it unscathed as well…)

I never imagined in the year 2000 that there would be a time in my life when I would fear for my safety from foreign invaders. I remember September 11, 2001 so clearly, as I’m sure we all do. I sat on the floor in front of the television in stunned silence, holding tightly to my toddler as we watched the World Trade Center crumble. The uncertainty of where they would strike next left me paralyzed with fright. Would they go after the media? My husband, a newspaper employee at the time, was in his downtown Charlotte office that day, and I was convinced they would be next. In the end, it was comforting to me how our country rallied after this tragedy. It does make me sad, however, that we’ve mostly become jaded to the whole event. It seems to be the American way of moving past the heartache. I suppose we should thank “American Idol” and Britney Spears for the distraction.

The years following brought with them health scares, surgeries, job changes, new homes, and more hairstyles than I can count. From visiting Disney World to watching my baby head off to kindergarten, this has been a decade of firsts. Each moment had its hand in molding and shaping who I have become, just like a clay jar on a pottery wheel, but none of them changed me like the death of my mother in August of 2008. I liken that singular event to the instructor taking the clay jar off the wheel, mashing it into a ball, and handing it to the student with nothing more to say than, “Here, start over.” So, I did. The wheel spins a little out of control at times, by the clay is starting to take shape again.

Standing here on the cusp of a new decade, the irrepressible pessimist in me refuses to look too far ahead. I could have never imagined the tragedies and triumphs in my life up to now, so I’ll leave all predictions to the experts at the National Enquirer. I can only hope for good health and true happiness for my friends and family in the coming years. As for me, I’ll just keep searching for that ever-elusive Perfect Hairstyle, and pray that one day, somehow, with all of the technology at our disposal, someone will discover the secret to creating a recipe for decadent and delicious fat-free fudge.

Cheers…
Posted by If Only She Had Applied Herself at 11:23 AM No comments:

My Favorite Things (with sincere apologies to Julie Andrews) 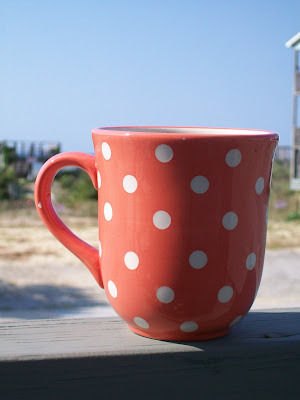 After hearing this song played one million times so far this Christmas season, I thought I would give my own personal spin to this much-loved holiday classic, so here goes:

Yoga and sushi and David Sedaris,
Drinking strong coffee on my backyard terrace,
Listening to music while eating hot wings,
These are a few of my favorite things.

Black shirts and black shoes and bell-bottomed blue jeans,
Joan Jett and Neko and garden-fresh green beans,
All of the creatures from "Lord of the Rings",
These are a few of my favorite things.

Children that sleep late and frosty beer glasses,
Mascara that gives me those long, luscious lashes,
Red wine and Youtube and running in spring,
These are a few of my favorite things.

When the dogs bark,
When my hair's flat,
When Fox News makes me mad,
I simply remember my favorite things,
And then I don't feel so bad.

Watching my five-year-old girl pick up lizards,
Snape and sweet Harry, my two favorite wizards,
Watching the ocean from our beach house swing,
These are a few of my favorite things.

When the heat's out,
When my knees ache,
When my car sounds sad,
I simply remember my favorite things,
And then I don't feel so bad.

Sorry Julie...
Posted by If Only She Had Applied Herself at 4:12 PM 6 comments: