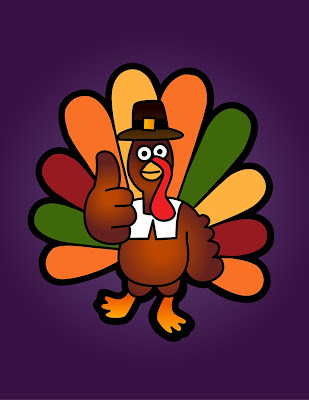 I love to brood, but I also take time to stew and fester. I casually put circumstances that have ruined my day on the front burner, turn up the fire, and watch it come to a full, rolling boil. I whisk away until my bitter soup is thick as mud, and I lap it up straight from the pot like a thirsty dog. Then later, I wonder why I have heartburn in the middle of the night. Yes, I am aware there is a black cloud following me. Thanks for noticing.

So, in light of my unhealthy addiction to gloom and doom, I thought it would be utterly refreshing to list some of the things that I am thankful for today. These are every day conveniences that go unconsidered or taken for granted, but actually keep me from ending up on the roof with a sniper rifle and a long list of targets. Here they are in no particular order:

1. Coffee – Jack had it all wrong. True, coffee beans won’t grow a beanstalk into the sky, but these beans really are magic in that they keep me from committing a crime each morning. I would trade my cow for coffee beans any day of the week, if I had a cow, that is.

2. The garage – I love that I can back my car into the garage and unload my groceries directly into my kitchen, and the weather can just be damned. I revel in my smugness as I pull out of my spacious garage on a cold, January morning to find neighbors shivering as they scrape their ice-covered car windows because they chose to use their garage as an attached storage building instead of its original purpose. Hey, put Aunt Janie’s armoire and the dusty foosball table in the attic, and you won’t be 15 minutes late for work with frost bite on your fingers.

3. The dishwasher – Growing up, we did not have one of these miracle contraptions in our kitchen. Actually, we did have a dishwasher, but not from Maytag. Our dishwasher had mousy brown hair and an affinity for loud music. Because I spent my youth submerged in Palmolive, I flatly refuse to wash anything by hand as an adult. You’re telling me the instructions say this pot can’t go in the dishwasher? They lie. EVERYTHING can go in the dishwasher.

4. The internet – I’m going to step out on a limb here to declare that the World Wide Web really is the best thing since sliced bread. Are you having trouble remembering the breed of Benjamin Franklin’s dog? Google knows it. My life can be clearly defined in two phases: before Facebook and after Facebook. How did I live before without knowing that my long, lost friend on the other side of the country is about to do her laundry and get dinner on the table? Thank you, Al Gore!

5. Indoor plumbing – All you have to do to truly appreciate this modern convenience is attend an outdoor music festival in the heat of the summer, drink lots of beer, and then stand in line for the Port-a-John behind a Chris Farley look alike who probably shouldn’t have mixed the chocolate-dipped bacon-on-a-stick with the bratwurst and sauerkraut sandwich. Enough said.

6. Living in the USA – Yes, it does make my blood boil that the cashiers at the grocery store won’t say “Merry Christmas” for fear of offending someone, and that the local mall is lighting the “Great Tree” this year instead of the “Christmas Tree”, but at least our government can’t tell us how many children to have or what religion to follow. I’m thankful that any food I so desire is usually just a short car ride away and that my daughter is afforded the same education as my son. Now, if we could just get them to make every Friday an official holiday…

7. Aluminum foil – Along with keeping our food fresh, foil (or tin foil if you’re Southern) has also been known to double as a TV antenna in certain local trailer parks. You can even make a fashionable hat out of gently used foil. Google told me so. (See #4 above.)

8. Sex Offender Database – Not paranoid enough? Just enter your home address into this magical application to get a specific list of which neighbors to avoid while trick-or-treating next Halloween. Priceless.

9. Wine – It knows what to do without being told. How can I make everyone in my house behave more like wine?

10. The refrigerator – I sure would hate to have to make a run to the root cellar if I had a late-night hankering for leftover chicken. And I hear that botulism really sucks.

Now, on to write a list of things I’m not thankful for today. That one is going to take a while…
Posted by If Only She Had Applied Herself at 1:08 PM