Talkin' About My Generation... 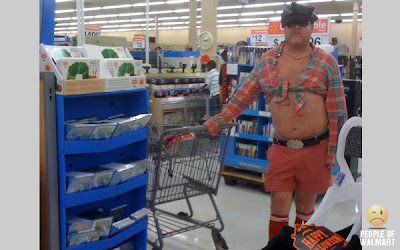 When did we cross the line as adults and become a youth obsessed, backward baseball hat wearing, slang talking, video game playing population of slackers? I’m getting ahead of myself. Let me start at the beginning.

A few days ago I was looking through some of my mom’s old black and white pictures. At first glance, it seemed that my family was at the top of the 1950's social scene, as each photo depicted what looked like a fabulous soiree, with dapper guys and gals all smiling for the camera. All of the pictures were the same in that no matter the location, the women were always in dresses (even hats and gloves sometimes) and the men were never without a tie. I even found a picture of my mom playing in the snow with my two oldest brothers circa 1954, and she was wearing a dress, with galoshes of course, but still – a dress. I have fond, although somewhat fuzzy memories of my grandfather mowing his lawn in dress pants and a button-up shirt. I’m sure they didn’t give it a second thought at the time, because that is how grown-ups were supposed to dress. It was common knowledge that only farm kids and Rebels Without A Cause wore denim pants and plain tee shirts in public. For me, there seemed to be a palpable sense of decorum in every one of those pictures. It was as if there was a sour, old school marm standing just outside the camera shot with a ruler poised to smack the hand of anyone who dared to engage in any sort of levity.

But gone is the time of gentlemen in fedoras and women with their lace hankies. Nowadays, the line between grown-ups and kids has been smeared to the point of almost being invisible. I’m not so sure that’s a good thing, although I will confess to being guilty as charged when it comes to dressing twenty years too young for my age sometimes. A glance at my fashion statement today confirms it – skinny jeans, fitted tunic top, and ballet flats. Walk the halls of any high school, and I’m sure you’ll find a sixteen year old sporting the same look. I guess I should be ashamed of myself, but Miley Cyrus says it’s cool, and she knows best.

Our media-driven society deems getting older as unacceptable, and we follow along like little lost lambs devouring every morsel of gossip and footage on those fashion forward celebrity youngsters. How dare you let a wrinkle show through? Botox, chemical peels and plastic surgery are an essential part of aging because you should look like your child’s sibling, not their parent. Oh, and most certainly be sure to cover that gray hair, lest you be mistaken for the Jonas Brothers’ Grandpa.

Another side effect of our loosening of the Grown-Up Dress Code, is that it seems to have opened the flood gates on our dirty laundry as well. People are fighting for the chance to be on reality shows where they will swap wives, reveal their alcohol and drug abuse, or claw their way into the bed of a has-been rock star. And millions of us tune in each week to revel in just how nasty, vile and over the top crude our fellow Americans have become. Fifty years ago, even the President could have an affair, and it would be kept secret. Now, if you are a celebrity without a sex tape, you obviously haven’t arrived.

It is abundantly clear that our society will never return to the days of starched white shirts, petticoats and poodle skirts – a time when there was a clear line between adults and children. “Grown-up” is a relative term now that applies mostly to chronological age as opposed to mentality. I’m blaming it on the hippies. All of those psychedelic drugs, poor fashion choices and rebellion against authority set a precedent that can never be undone. We all just want to be young and hip forever, man. Don’t you know that forty is the new twenty?

That’s enough for now. I’ve got to grab myself a Red Bull, because “Cougartown” is about to start.
Posted by If Only She Had Applied Herself at 12:10 PM