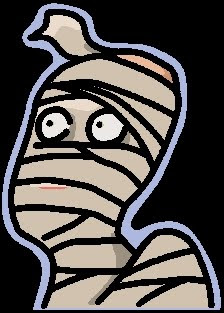 My family’s worst-kept secret is the fact that my paternal grandmother was the spawn of Satan. She was evil incarnate by all accounts of those unfortunate souls in her inner circle. Okay, so more than likely, she wasn’t technically a child of the devil, but maybe just his Girl Friday, whose job it was to torment and torture her kin. She was sent here to make their life a special kind of hell on Earth, and she excelled in that capacity.

In the 1920’s, my grandmother married an unlikely suitor – a Reverend in the Church of God. My grandfather was a much-loved and very well-respected southern preacher with a kind heart. I certainly don’t have knowledge of their courtship, but I can only imagine that either he never saw her evil side, or that he knew of her diabolical ways and felt that, with God’s help, he could change her. I also wonder why she would choose such a life, to be at the right hand of a man of God, putting on her fake smile as she sat in the front row of church each Sunday. It could be that she was sent by the devil on a covert mission to infiltrate this congregation of Christians who engaged in speaking in tongues and running the aisles of the church. That seems plausible.

Whatever the reason, somehow it worked, and they were married for more than fifty years. However, on his deathbed, my grandfather gave a solemn warning to his children, “Watch out for that one”, and by “that one”, they all knew what he meant. He spent his entire married life working to keep this evil woman under wraps, and now, he was handing over the reigns.

My grandmother’s specific crimes against her family are too numerous to mention here. She seemed to specialize, though, in humiliation and degradation. When her six year old wet the bed, she would hold his face down in the wet sheets as punishment, and then hang the soiled laundry out to dry in the front of the house for all of his friends to see. She harbored a special hatred toward my mother, and held tightly to the opinion that my oldest brother couldn’t possibly belong to my father because there was no family resemblance. You can see that in a newborn? Don’t most children look like Mr. Magoo’s side of the family at birth? She declared her suspicions proudly, and made sure everyone knew. Of course, nothing could have been further from the truth.

When my second brother was born, my father was deployed with the army, leaving my mother to care for two boys only fourteen months apart in age. My grandmother was partial to the newborn because he looked more like “her side” of the family. She came in from out of town under the guise of helping my mother, and then offered to take the baby home with her for a few days to give my mom some rest. She knew my mother had no means of traveling, and proceeded to keep my brother for nearly two months. She did this despite my mother’s pleading for her son’s return. For lack of a better term, she held the baby hostage. I can only imagine the lies she concocted to fool my grandfather into believing this arrangement met with my mother’s approval. I assume that it was sometimes easier for him to turn a blind eye than to engage her in battle.

My grandmother also frequently dabbled in falsely accusing male family members of inappropriate sexual advances and nonchalantly telling the world that those closest to her were being physically abusive and mistreating her. She would hug you and tell you how happy she was to see you one moment, then rip you a gaping new one when you were safely out of earshot. I guess you could say she wasn’t exactly the kindly, sweet Grandma who bakes you cookies and cuddles by the fire.

When her ninetieth birthday came and went, we all reached the same conclusion – she was continuing to live for spite only. She had already outlived her husband and two of her four children, so we figured she was going for broke this time. No one in the family wanted the responsibility of caring for her, and so she was placed in a nursing home several hours away. On the occasional visit from her daughter, it was confirmed that even in her declining state of health, she was still spewing hatred, although her new victims were the nurses and assistants charged with her care. She hadn’t lost her touch.

She died on April Fool’s Day in 2002 at the age of ninety-six. There was no family visitation, no funeral, not even a memorial service. My aunt, the oldest of her children, instructed the mortician not to bother with dressing my grandmother in her Sunday finest for the traditional viewing by her loved ones. There would be none of that. Instead, they were told to simply wrap her in sheets and put her in the coffin. And so they did. I’m ashamed to admit it, but that scene evokes a humorous image in my mind - my grandmother, The Mummy.

Her two living children accompanied the hearse to the gravesite, and she was unceremoniously interred. Even though I was two hundred miles away, I am certain that, at the moment the coffin was lowered into the ground, I heard a resounding sigh of relief.
Posted by If Only She Had Applied Herself at 11:37 AM